Winter is around the corner and the changing season calls for some soul-satiating indulgence and what can be better than a piping hot bowl of Chicken soup served with croutons or cheesy garlic breads! But wait, do you know a bowl of Chicken soup not just pleases the palate, but at the same time helps in treating and preventing seasonal ailments.
Why Chicken soup?
Struggling through the sniffles, the changing weather calls for some healthy and nutrient rich indulgence that too without compromising on the taste. Interestingly, even studies claim that a warm bowl of Chicken soup can not only boost immunity, but is also effective in building the body’s resistance towards cold and viral infections. 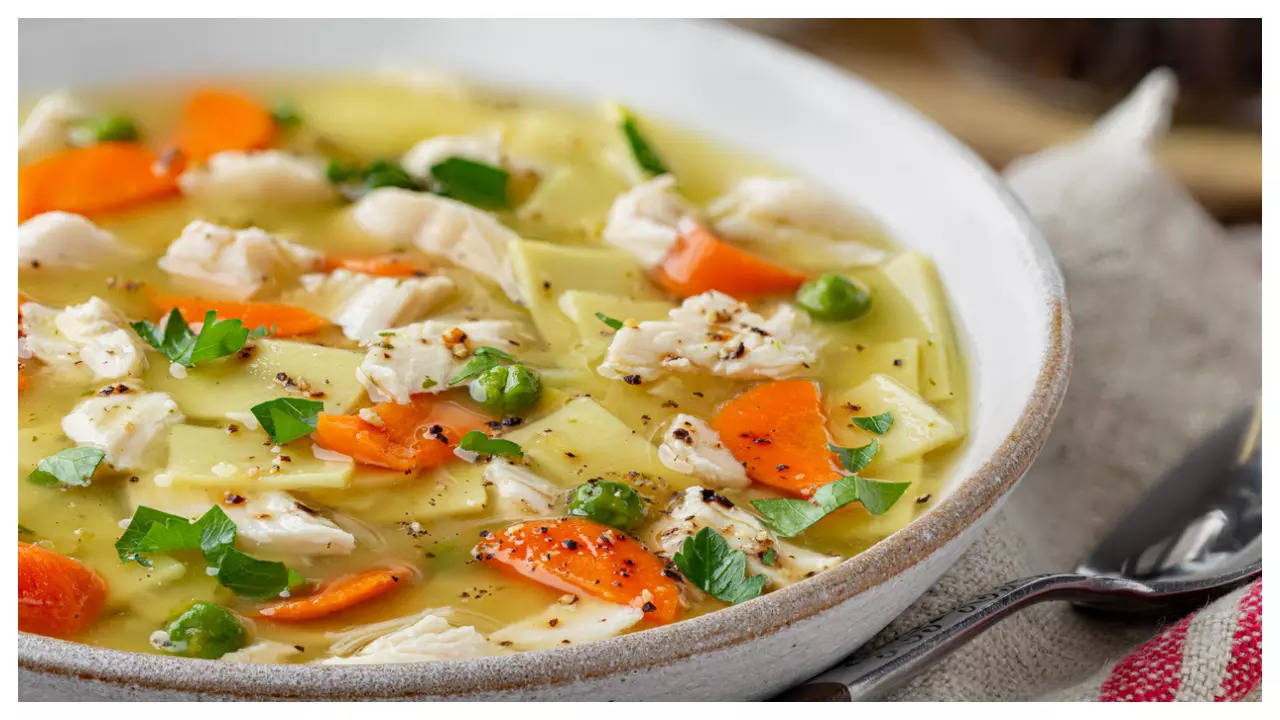 And we have research to prove it
According to a 1998 study published by journal ‘Coping with Allergies and Asthma’, it was observed that indulging in a warm soup or broth may help in improving the function of Cilia (nose hairs) that prevent any allergens from entering the body. As per the study, the nutrients in chicken soup can boost immunity and build resistance against flu.

How Chicken soup can help in healing
Chicken soup cooked with a melange of spices and herbs can effectively cure as well as prevent several ailments. This is because of the presence of a compound called Carnosine in chicken, which helps in relieving and healing congestion in the upper respiratory tract and curing sore throat, cough and flu. What’s more, studies have shown that this compound effectively reduces inflammation by stopping the migration of wbc (white blood cells). As per a study published in the National Library of Medicine, the presence of gelatine, glucosamine and chondroitin in the chicken bones are released in the soup, which help in reducing inflammation and repairing of connective tissues, which further helps in faster recovery from illness. 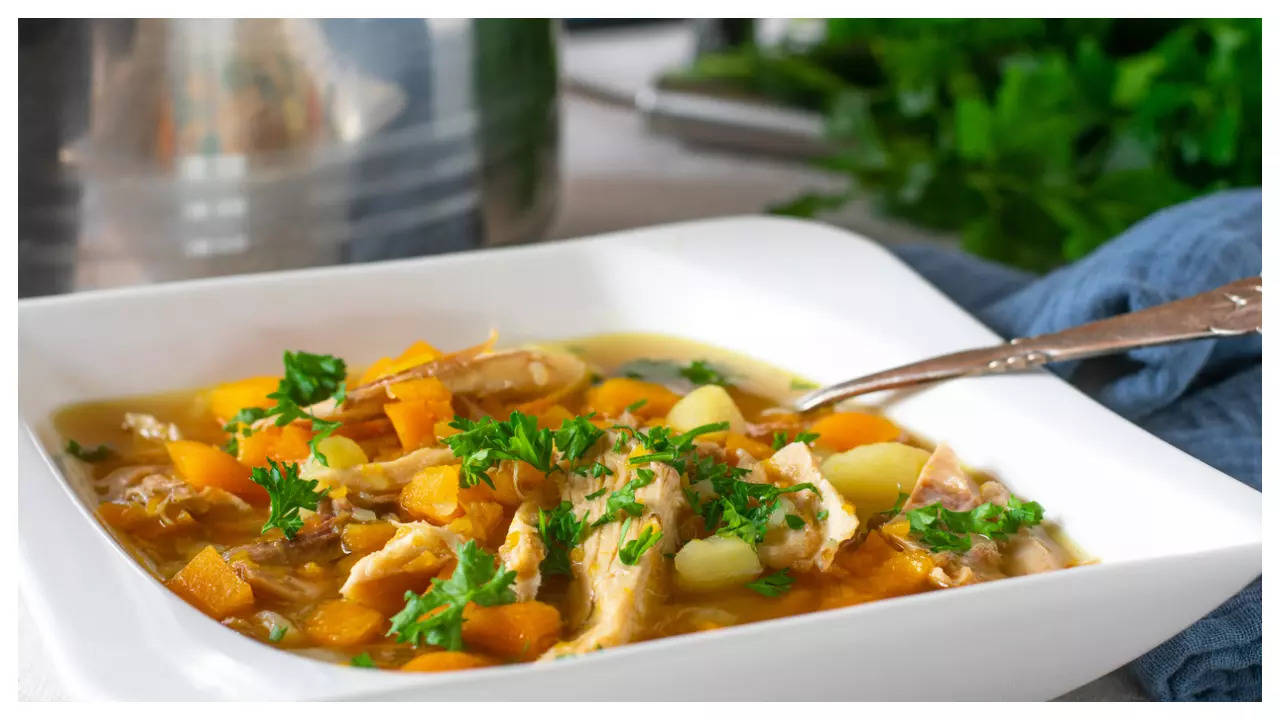 How to make Chicken soup the right way
There’s no denying that Chicken Soup is no less than an elixir, when it comes to healing cold, congestion and seasonal infections. But how you cook the soup can make or break its nutritional value. Well, as per experts it is advised to cook chicken with the bones as the chicken bones have a high concentration of amino acids, fatty acids, vitamins A, vitamin K2, minerals like zinc, iron, boron, manganese, and selenium. Apart from that, the connective tissues in the chicken bones release glucosamine and chondroitin, which are some of the natural compounds found in cartilage, which are great for boosting bone health as well as strengthening the joints. 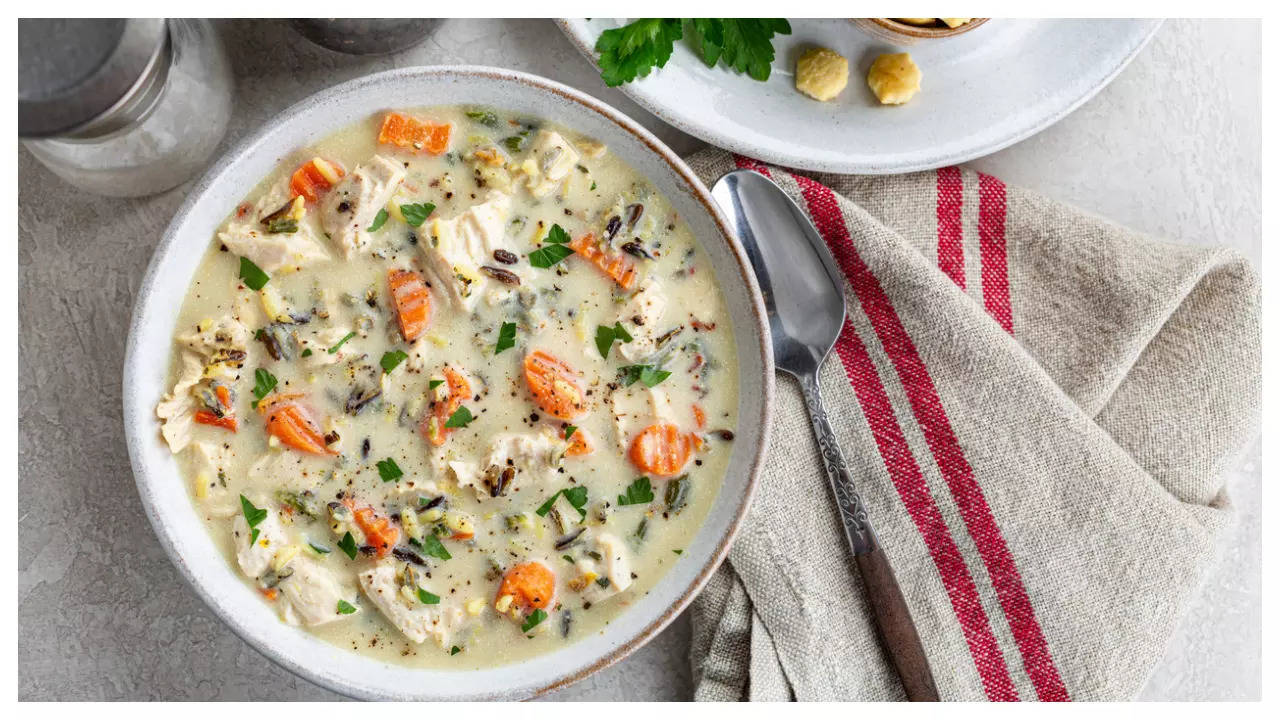 Give a nice mix and add 2-3 cups of water. Lastly, add salt and pepper to taste and cover the lid, pressure cook for 3-4 whistles.

Allow it to cool slightly and seive it through a soup strainer. Press a little with ladle so that some part of the crushed veggies pass through it. Pick the chicken pieces from the strainer, remove the flesh from the bones and add the flesh to the strained soup (discard the crushed veggies and bones) . Now in a pan heat one teaspoon butter. Add 1/2 tsp crushed garlic and a pinch of pepper. Add the strained soup and adjust seasoning. Serve warm.